Please see my “About” page for full bio, awards, affiliations and such.

Author Pics may be found HERE.

Accolades, Author Interviews, Features and Reviews for The Virgin Cure

My interview with the wonderful Shelagh Rogers – where we dish about inspiration, women’s history, the Lower East Side Tenement Musuem, and the streets of 19th Century New York. For CBC Radio’s The Next Chapter.

Erica Ehm of MuchMusic and YummyMummy Club fame surprised me at lunch one day with this lovely interview.

“McKay has created an engaging and wonderfully well-developed narrator, all the more impressive because even though she is among society’s most powerless, her determination inspires more admiration than pity. Thought provoking and beautifully rendered, The Virgin Cure explores both the horrors people are capable of inflicting and the dignity that can accrue to those who oppose them.” –Booklist

“Strongly delineated characters and a vivid historical backdrop … [a] reflective novel, which quietly conveys fierce indignation about the savagery with which the rich prey on the poor in a world ruled by money.” -Kirkus

“A powerful novel, rooted in the same elements that made The Birth House both critically lauded and a bestseller…. One of McKay’s gifts and skills as a writer is her ability to utterly immerse the reader in her fictional world…. A powerful, affecting novel.” National Post – 28 Oct, 2011 by Robert J. Wiersema

“This will be another big book for McKay….another memorable fictional voyage.”
January Magazine – 22 Oct, 2011 by Sienna Powers

“…a world populated with characters that will linger with the reader long after you finish its story.”
Chronicle-Herald – 6 Nov, 2011 by Jodi DeLong

“A lovely novel, written in a style that is both clean and subtle. McKay’s voices are true; her characters sympathetic…. I’m certain readers will take to The Virgin Cure just as they did The Birth House.”
Vancouver Sun, 22 Oct, 2011 – by Tracey Sherlock 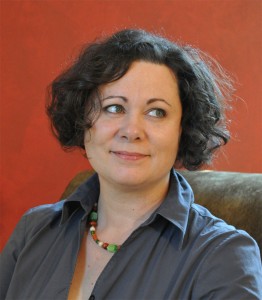