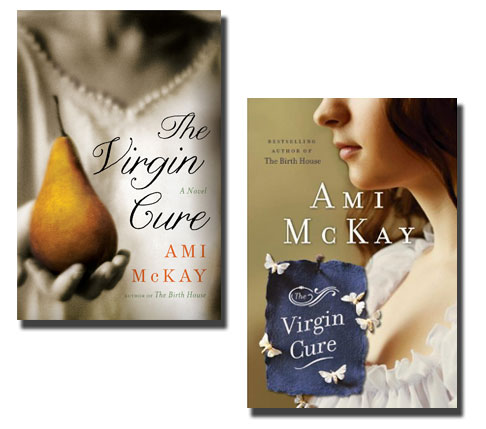 “I am Moth, a girl from the lowest part of Chrystie Street, born to a slum-house mystic and the man who broke her heart.” So begins The Virgin Cure, a novel set in the tenements of lower Manhattan in the year 1871. As a young child, Moth’s father smiled, tipped his hat and walked away from her forever. The summer she turned twelve, her mother sold her as a servant to a wealthy woman, with no intention of ever seeing her again.

These betrayals lead Moth to the wild, murky world of the Bowery, filled with house-thieves, pickpockets, beggars, sideshow freaks and prostitutes, where eventually she meets Miss Everett, the owner of a brothel simply known as “The Infant School.” Miss Everett caters to gentlemen who pay dearly for companions who are “willing and clean,” and the most desirable of them all are young virgins like Moth.

Through the friendship of Dr. Sadie, a female physician, Moth learns to question and observe the world around her, where her new friends are falling prey to the myth of the “virgin cure”–that deflowering a “fresh maid” can heal the incurable and tainted. She knows the law will not protect her, that polite society ignores her, and still she dreams of answering to no one but herself. There’s a high price for such independence, though, and no one knows that better than a girl from Chrystie Street. – From the publisher

“A finely crafted and remarkably researched tale.”
—The Walrus (Canada)

“Strongly delineated characters and a vivid historical backdrop … [a] reflective novel, which quietly conveys fierce indignation about the savagery with which the rich prey on the poor in a world ruled by money.”
– Kirkus

From #1 international bestselling author Ami McKay comes The Virgin Cure, the story of a young girl abandoned and forced to fend for herself in the poverty and treachery of post-Civil War New York City. McKay, whose debut novel The Birth House made headlines around the world, returns with a resonant tale inspired by her own great-great-grandmother’s experiences as a pioneer of women’s medicine in nineteenth-century New York. In a powerful novel that recalls the evocative fiction Anita Shreve, Annie Proulx, and Joanne Harris, Ami McKay brings to light the story of early, forward-thinking social warriors, creating a narrative that readers will find inspiring, poignant, adventure-filled, and utterly unforgettable. 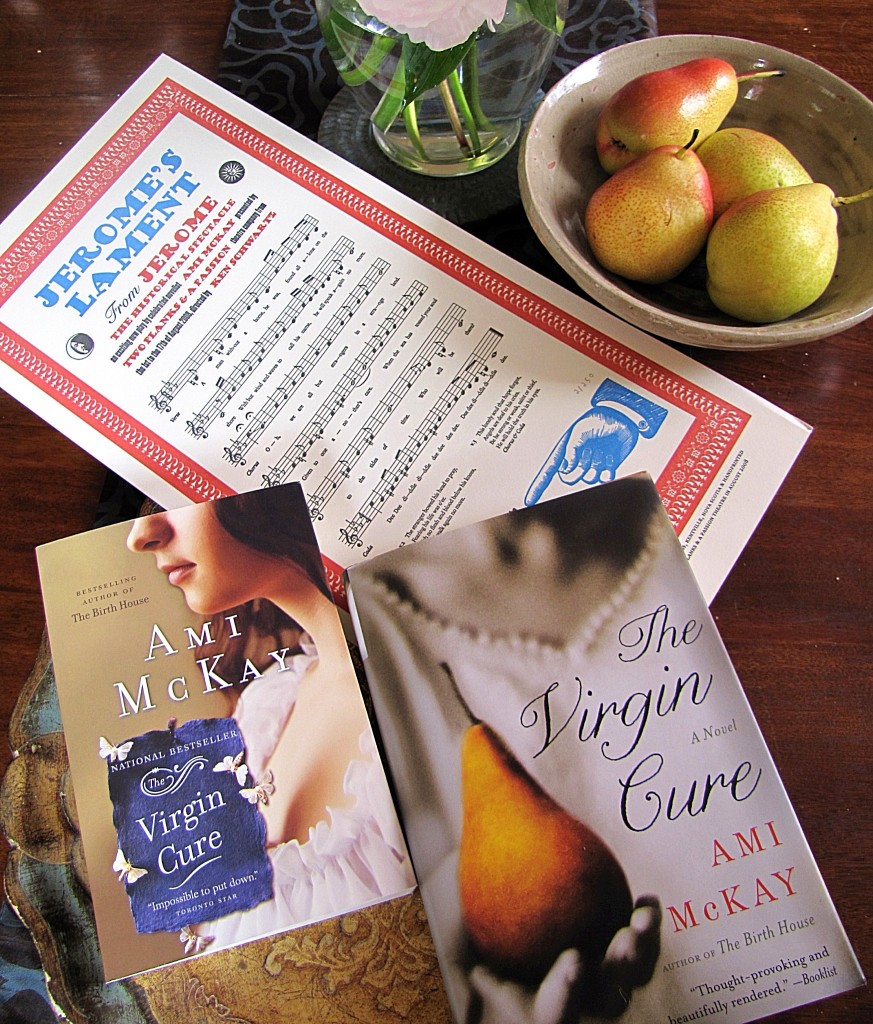 Available in the USA – HarperCollins
from your Local Bookseller, IndieBound, Amazon ,
Barnes & Noble or Books-A-Million 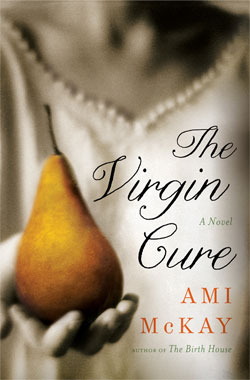 Available in Canada via Random House
from your Local Bookseller or
online from Amazon.ca or Chapters Indigo. 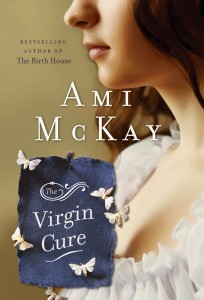 In the UK – Orion
Order from Amazon or Waterstones. 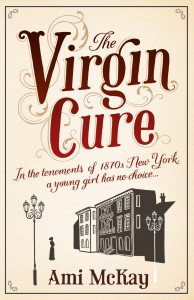