When I first saw the above image, it was a bit strange for me to see a quartet of little Ami-s staring out from the cover art of my forthcoming memoir. It didn’t take long though, to realize that with a handful of black-eyed Susans and a kindergarten portrait from the 1970s, designer Kelly Hill had perfectly captured the spirit of the book. (As she always does.)

I’d just turned five when I started kindergarten at Perry-Worth Elementary. I couldn’t wait to start school. I was learning to play the piano like my big sister, Lori, and I already knew how to read. I was wildly infatuated with stories and with eavesdropping on the conversations of the adults in my life. It was also the year when I first remember hearing the word cancer and understanding it held a great, ominous weight in the lives of the people I loved most.

Kelly’s choice to repeat the kindergarten portrait along the edge of the cover is an apt one. To me it not only echoes a strip of photos from an old photo booth, but it also serves as a subtle visual nod to the biological processes at work in our DNA. This is a ‘genetic memoir’ after all, tracing not only my past, but the genetic matter and memories I carry deep in my genes and my heart.

The beautiful illustration of black-eyed Susans that Kelly chose for the cover also holds a special place in my heart. I’ve always adored this hardy, persistent flower that seems to pop up in a different corner of my yard each year. They were a favourite of my mother’s too, and of several women in my matriarchal lineage. Maybe that’s because we were all summer babies—my great-grandmother and both her sisters, my grandmother, my mother and me. (Kelly doesn’t know this, but as I raided my old journals for memories, I found more than a few Rudbeckia hirtas doodled in the margins.)

So now the book has a cover, and an ISBN, and a publication date too: September 24, 2019. Although it’s my first book of non-fiction, it’s made from the same elements that make up my novels—loads of historical research; serendipitous twists and turns; and tales of outspoken women fighting for change. I look forward to sharing it with you.

Weaving together family history, genetic discovery, and scenes from her life, Ami McKay tells the compelling, true-science story of her own family’s unsettling legacy of hereditary cancer while exploring the challenges that come from carrying the mutation that not only killed many people you loved, but might also kill you.

The story of Ami McKay’s connection to a genetic disorder called Lynch syndrome begins over seventy years before she was born and long before scientists discovered DNA. In 1895 her great-great aunt, Pauline Gross, a seamstress in Ann Arbor, Michigan, confided to a pathology professor at the local university that she expected to die young, like so many others in her family. Rather than dismiss her fears, the pathologist chose to enlist Pauline in the careful tracking of those in her family tree who had died of cancer. Pauline’s premonition proved true–she died at 46–but because of her efforts, her family (who the pathologist dubbed ‘Family G’) would become the longest and most detailed cancer genealogy ever studied in the world. A century after Pauline’s confession, researchers would identify the genetic mutation responsible for the family’s woes. Now known as Lynch syndrome, the genetic condition predisposes its carriers to several types of cancer, including colorectal, endometrial, ovarian and pancreatic.
In 2001, as a young mother with two sons and a keen interest in survival, Ami McKay was among the first to be tested for Lynch syndrome. She had a feeling she’d test positive: her mother’s side of the family was riddled with early deaths and her own mother was being treated for the disease. When the test proved her fears true, she began living in “an unsettling state between wellness and cancer,” and she’s been there ever since. Intimate, candid, and probing, her genetic memoir tells a fascinating story, teasing out the many ways to live with the hand you are dealt.

Daughter of Family G: a Memoir of Cancer Genes, Love and Fate will be published by Knopf Canada, September 24, 2019. You can pre-order the book via your favourite independent bookstore, ChaptersIndigo, or Amazon.ca.

PS: March is Women’s History Month, so I’ll be posting something soon about a pair of real-life women who appear as characters in The Witches of New York. Watch this space. 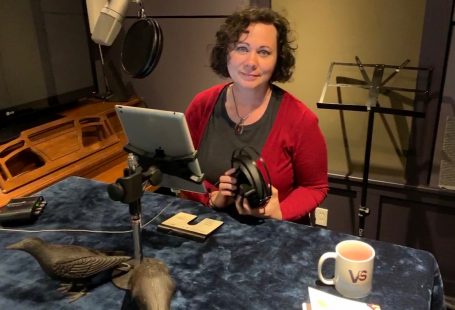