I started this post last Wednesday, (pre-Halloween) but WordPress wasn’t cooperating, so I bailed and decided to save it for this week instead. It actually seems quite fitting for today, since it’s post Election Day in the United States and for the last week, my Facebook feed has been filled with awesome quotes and images relating to the suffragist movement and a woman’s right to vote. What does the suffragist movement have to do with witches? Read on.

A couple of weeks ago, a lovely online friend sent me a link she thought I’d like. (Thank you Kristen!) It was an article from Smithsonian Magazine’s web site titled, “Women of the Early 1900’s Rallied Behind Beautiful, Wartless Witches.” Colour me intrigued!

The author of the article, Megan Gambino put forth some interesting historical research to show that images of witches in women’s magazines and greeting cards drastically changed in the early 1900’s – from warty old hags, to young, curvy beautiful women. Sitting astride broomsticks or surrounded by pumpkins and black cats, they coyly look at their viewers as if to say, “I know something you don’t.”

I especially appreciated the quotes Gambino included from her interview with historian Daniel Gifford. He draws a direct line between the suffragist movement and the aforementioned images.

“This is the period of the New Woman—the woman who wants to have her say, to be able to work, marry who she chooses, to divorce, and, of course, to be able to vote,” Gifford explains. “There are lots of questions about how much power women have at this time. What sort of boundaries can they push? How far can they push them? What sense of control do they have over their own lives and their own fate?”

This idea of Gifford’s is of great interest to me, because I believe the reimagined images of witches didn’t just pop up overnight. In the research I’ve done for my next novel, The Witches of New York, I’ve found some interesting ties between the Spiritualism craze of the mid to late 1800’s and the early trail-blazing women of the suffragist movement.

Susan B. Anthony, a Quaker by birth was very interested in what the relatively new religion of Spiritualism had to offer women. While the historical record is unclear as to whether or not she ever adopted all the beliefs within the movement, she certainly associated with well-known Spiritualists of her day and explored their work and ideas with a curious, interested, and admiring, yet critical eye.

Starting in 1891, Anthony spoke at Lily Dale, a Spiritualist retreat/religious community in upstate New York every summer for a number of years. Of her 1891 visit she wrote:

“People came from far and near. Finally three thousand were assembled in that beautiful amphitheater, decorated with yellow, the suffrage color, and the red, white and blue. There hanging by itself, was our national flag, ten by fourteen feet, with its red and white stripes, and in the center of the blue corner, just one golden star, Wyoming, blazing out along. (Wyoming was the first state to recognize woman’s suffrage.) Every cottage in the camp was festooned with yellow, and when at night the Chinese lanterns were lighted on the plazas, it was gorgeous as any fourth of July celebration, and all in honor of Woman’s Day and her coming freedom.” – from “A Dale by any other Name” by Rev. Sandra P Fortmiller at nsac.org

The women of the Spiritualism movement, specifically those who spoke about and practised mediumship, greatly impressed Anthony and other Suffragist leaders such as Elizabeth Cady Stanton and Lucretia Mott. Their words had equal weight within the movement, their lectures were well attended by men and women alike. Spiritualism also took what had long been accepted as the traits and virtues of women (most notably their “sensitivity”) and held them up as ideals of leadership. As author Ann Braude states in her book, Radical Spirits, “The very qualities that rendered women incompetent when judged against the norms for masculine behaviour rendered them capable of mediumship. Mediumship allowed women to discard limitations on women’s roles without questioning accepted ideas about woman’s nature.”

It’s even been said that the same table upon which the “Declaration of Sentiments” was written also hosted taps and rapping from “the Great Beyond.”

“Raps reportedly rocked the same table where Lucretia Mott and Elizabeth Cady Stanton penned the “Declaration of Sentiments,” which formed the (Seneca Falls) convention’s agenda. The table stood in the parlour of progressive Quakers (and future Spiritualists) Thomas and Mary Ann McClintock.” – from Radical Spirits by Ann Braude

That table now sits in the Smithsonian.

More on the history of Lily Dale

A short video about the Seneca Falls Convention. 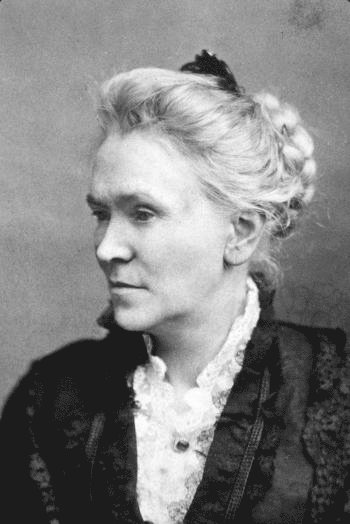