so you want to write a novel… 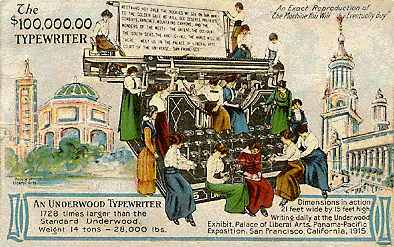 Margaret Atwood’s contribution to the 2005 Canadian edition of The Book of Lists, is titled, Margaret Atwood’s 10 Annoying Things to say to Writers, each entry having an a) What to say and a b) What the writer hears.

Well, for those of you who think you have a novel lurking around in your brain, here’s your chance…and if you’re lucky, you might get to do it on TV!

If NaNoWriMo (National Novel Writing Month) in November isn’t enough of an incentive/challenge/ball-breaker for you, then you might want to try:
The 3-Day Novel Contest.

It’s been around since 1977, born from a group of crazy (if not perhaps a bit drunk)Vancouver scribes.

It is no surprise that an idea as crazy as writing a novel in three days would arise from a province renowned more for its pot grow-ops, land-locked sea serpents and whacked-out politics. But culture building must be done, and so it was…
From its modest beginnings as a barroom challenge, it (the 3-day novel contest) grew to attract the interest and support of neophyte and seasoned writers alike, from Canada, the U.S. and beyond. Now, decades later, it has become a unique contribution to world literary history and a put-your-keyboard-where-your-mouth-is rite of passage for hundreds of writers each year. – from the 3-day Novel web site.

And this year, there’s more, so much more.

how about doing it live on TV? This year, a dozen entrants will be selected to write their novels live at a Chapters-Indigo store in Edmonton. The chosen few will struggle with the rigours of the contest, plus cameras, crowds, questions, therapists, spelling bees, roving poets, and a national audience. Think you can endure it, and still produce a literary masterwork?

Book Television and Indigo are teaming up to host this this new form of literary madness. Those selected for the televised version of the contest will not only be subjected to cameras (and the other horrors listed above – therapists, poets and spellers…oh my!) but they will also be yanked from their stations and thrust into the dreaded “13th Chair” –

…a keyboard linked to screens throughout the store, allowing patrons (and the at-home audience) to see the words the writer is writing at that very moment, and pass judgement on the masterwork in progress. – from, Novel Contest to Air Live on Book TV by James Adams of The Globe and Mail.

Oooooh. Scary.
Try having a roving five-year-old tugging on your arm saying, “ever seen a bear stare?” 45 times in a row.
Oh, he’ll bait you with a long pause of blessed silence, and just when you think you’ve ignored him to the point that’s he’s bored enough to walk away, you feel him intesify his gaze as he continues to stand there…watching. Finally, in desperation you turn away from the keyboard and say, “what?!” He declares with a frightening sense of calm…”This, is a bear stare.” (Note to the roving poets of Book TV…my son charges $50 and hour for training in the art of Ti Kwan Leapster.)

“Having a writer tell me to screw off as the clock ticks toward the deadline, well, that could be pretty exciting.”

Hey, Mr. Young – come to my house and bug me while I’m writing…I might not tell you to screw off, but I’d certainly send you out to jump on the trampoline for a while. (Don’t worry grandparents…it’s one of those padded deals with the full net enclosure. Remember, you used to let me play with lawn darts.)

I don’t know if I’m amused, annoyed or encouraged by this whole televised 3-day sweatshop premise. Will it bait people into believing that writing a novel is as easy as 1-2-3? Or, will it prove to those who attempt it – that writing a novel is a difficult, crazy, and sometimes blissful journey – one that requires (most of all) the willingness to sit on your bum and WRITE?

Either way, my personal Ti Kwan Leapster trainer (and bear stare-er extraordinare) has a few tips for those who dare to write. He came up with these a few weeks ago when he announced that he wanted to write his “me-mores” (translation: memoirs) – and ordered me to sit with a pen a paper and ‘take this down’. Out of the mouths of babes…

1. Get Comfy – PJ’s are a good choice. Fuzzy slippers too if you have them.

7. Finish the story. (This sounds easy too, but mom says it’s the hardest part of all.) 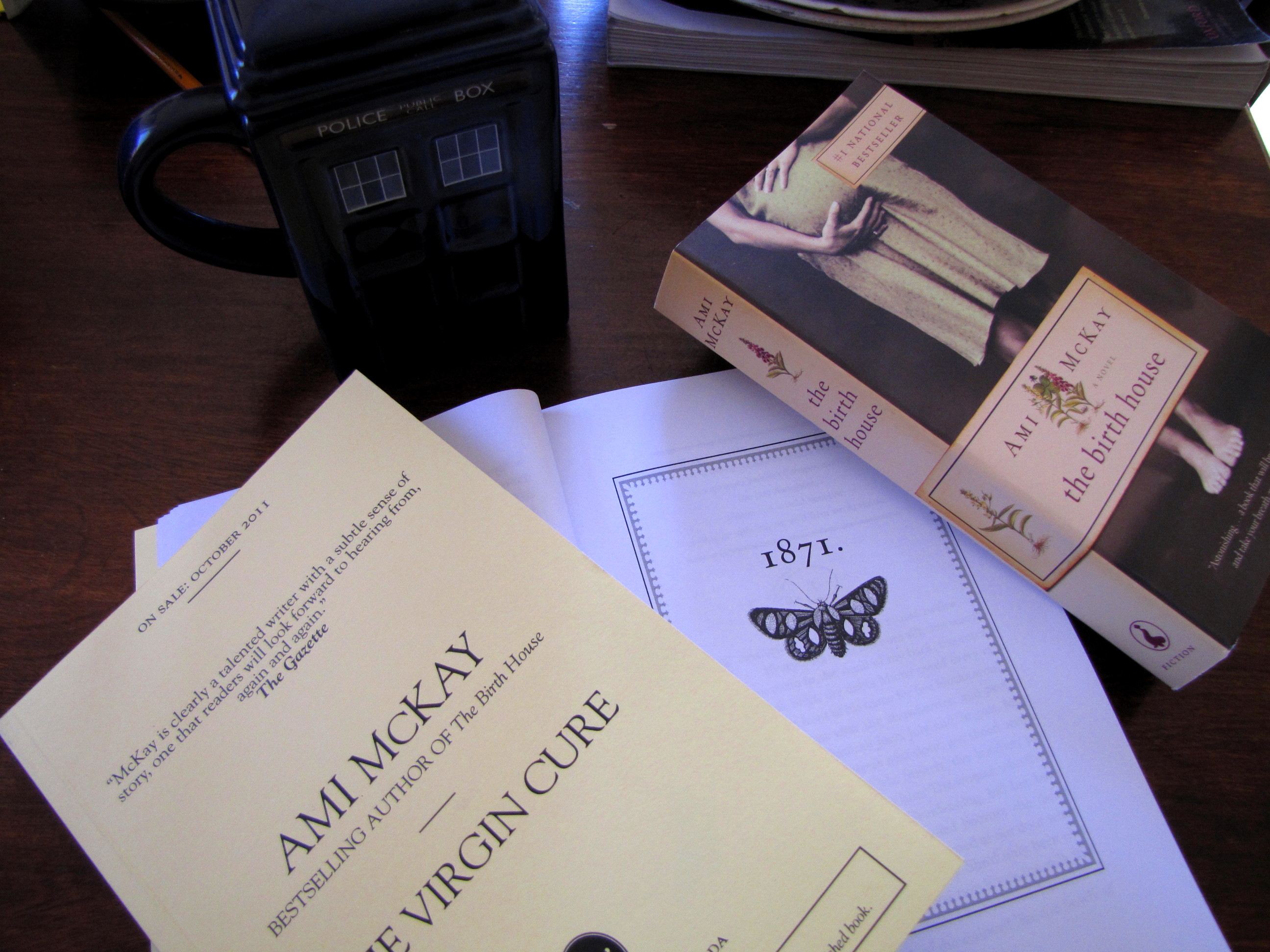 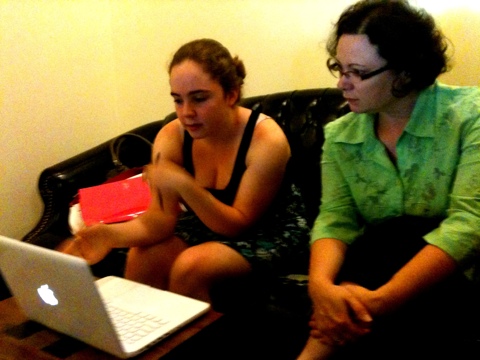 This week in tweets