In certain circles in the 19th century, drinking tea was considered a dangerous habit. More specifically, working class women were discouraged from engaging in the practice because if they were taking time from their daily chores to congregate around a pot of tea, it could only mean that they were up to no good. In short: “Sipping tea was once thought of as a reckless, suspicious act, linked to revolutionary feminism.” (Alison Aubrey, for npr.org)

No wonder I love it so!

My love affair with tea began in my early 20’s. Up to that point, I hadn’t given it much thought. It had been an occasional treat in my childhood home, mostly in the summer, when my mom would get out her sun-tea jar and brew up a batch to be served iced and sweet.

The summer I started grad school, everything changed. One afternoon, after weeks of drought, a thunderstorm cut loose and provided a heavy, welcome rain. My roommate Dawn and I were sitting on the front porch of our house watching the deluge come down when I told her, “I bet I could wash my hair in that rain.” She laughed and replied, “I’d like to see you try!” After lathering up, I leaned over the porch railing and started to rinse my hair. For a finale, I danced in the puddles on the sidewalk in front of the house and shook my curls clear of any remaining suds.

As I was towelling off, a knock came at the door. It was the woman who lived two houses down…a woman we knew very little about, except that she had a beautiful set of wind chimes on her front porch and a large back lot surrounded by a tall, solid wooden fence. (There was no way to see through it. We’d tried. )

“Hello,” the woman said, staring at me. “I was watching you. I saw what you did.” I looked to Dawn and she looked at me, both of us worried that our neighbour was there to complain about my raucous, weird behaviour. Instead, she gave me a warm smile and said, “I was wondering if you’d like to come to my house for tea.”

I said yes, and soon discovered that my neighbour Brenda, was a witch. She used the word proudly and freely, and it suited her in the best possible sense. Her home was filled with all that you’d expect (pitted antique mirrors, crystal balls, tarot cards, owl wings…the list goes on.) And her back yard? A walled garden, lush with flowers and herbs, all grown in the service of healing and magic.

I started going to her house once a week, sometimes with Dawn, sometimes without, sometimes to meet other women who were part of Brenda’s circle. Tea was always the central focus of our visits—tea for stimulating the mind, for nourishing the body, for soothing the soul, for guiding the spirits, for telling the future, for conjuring dreams. It’s played an important part in my life ever since.

“We had a kettle; we let it leak:
Our not repairing made it worse.
We haven’t had any tea for a week…
The bottom is out of the Universe.”
(Kipling)

It stands to reason that tea would find its way into my writing. In The Birth House, midwife Marie Babineau brews tea on several occasions (medicinal and otherwise) and peers into women’s tea cups to “see what’s in store.” In The Witches of New York, witches Eleanor St. Clair and Adelaide Thom run a tea shop called “Tea and Sympathy” where women congregate to share their secrets and have their troubles solved. The rituals and superstitions surrounding tea are observed and noted throughout the novel: Two spoons placed on the same saucer mean a wedding will soon follow; two women pouring from the same pot means one will soon carry a child; tea spilled from the spout of a carried pot means a secret will soon be revealed; tea stirred while in the pot will surely stir up a quarrel. In once scene, teatime brings forth the spirit of a lost child. In another, tea fosters prophetic dreams. 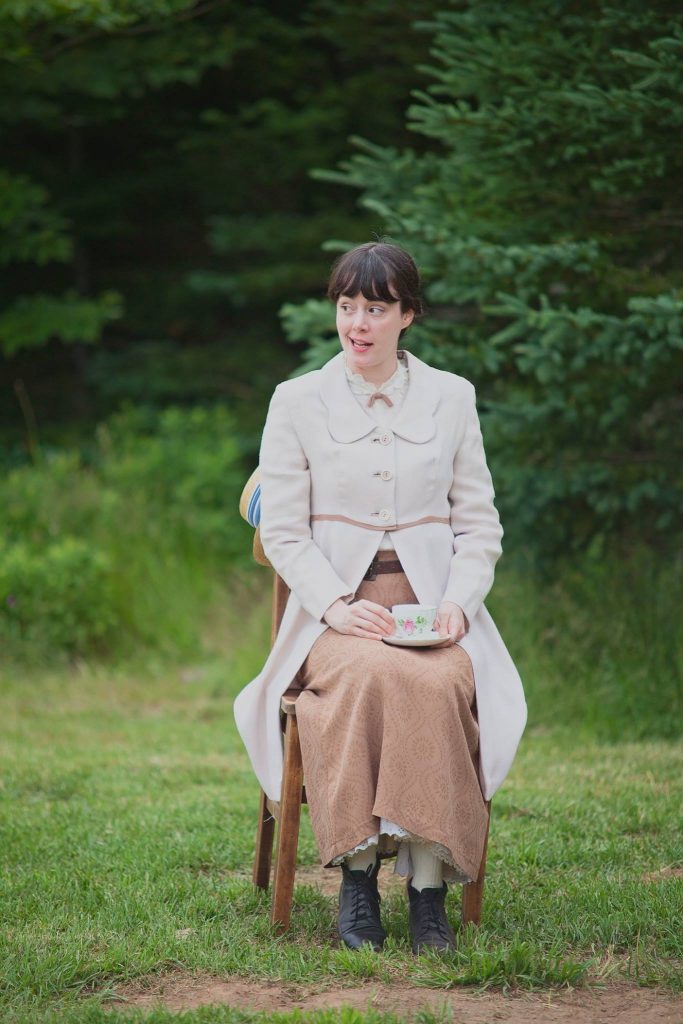 In the play, “Nothing Less!” tea is served at a local suffragist meeting alongside plans for political rebellion. The intrepid band of female activists exchange information, ideas and aspirations all while sipping Red Rose and having their tea leaves read.

In my mind, tea and feminism go hand in hand. Grandmother’s teacups aren’t stuffy relics that should easily be dismissed. Great movements have been borne of teatimes past. Radical thought and blessed magic, too.

If we are to persist, my darlings…perhaps we need more tea.